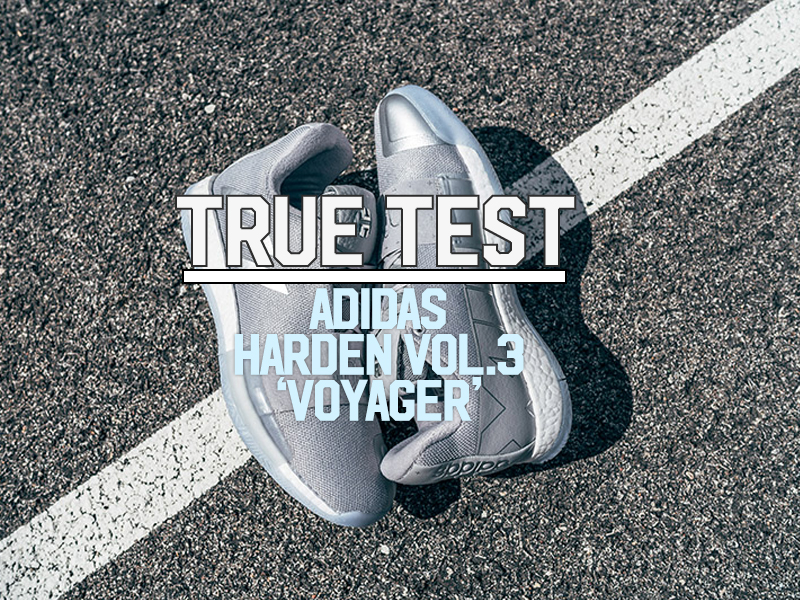 As you may already know by now, the adidas Harden Vol.3 drops today. The initial colorway, the “Voyager”, is dressed in a silver upper coupled with reflective accents throughout. The shoe highlights Harden’s voyage to bring a championship home to Houston.  But what you’re more concerned about is: How do they perform?

Welcome to True Test, Sole Movement’s revamped performance review section that tackles the latest performance sneakers, whether for Basketball, Running, or any other sport we’re into. We have tapped several consumers to try out the sneaker, giving the sneaker the true test it deserves. For the Harden Vol. 3, we tapped Enzo, a Social Media Specialist by profession, but a true sneaker enthusiast as well.

For True Test, we focus on four important points: Cushioning, Fit, Breathability, and Traction. Enzo took the shoe on two runs and here’s what we found out:

“Impact protection was there. I could feel my feet really digging into the Boost on hard landings. I love cushion-y shoes because it helps with the day after the game. However the trade-off would be the mushy feeling that made me feel a little sluggish. The Boost on the Harden Vol. 3 felt more mushy than on the Harden Vol.1 in my opinion.”

Similar to adidas’ other pinnacle footwear, full-length Boost is the main source of cushioning of the Vol.3. The Boost is not as thick as the first two Harden signatures, but this helps in keeping you low to the ground for optimum movement and bounce off.

“Throughout my wear test, I felt secure and ready for anything. Matching up against PBA/NCAA/UAAP players, I knew I had to have my A-game, which meant my shoes needed to be ready for sudden shifts and moves. The Harden Vol. 3s came through and made me forget I even had these on. It’s accommodating for wide-footers and gave just the right amount of space and breathing room. Although the Harden Vol. 3 does not utilize Primeknit, the combination of  the forged mesh and the elastic band at the forefoot was more than enough for a comfortable run in them.”

Some would think the switch from Primeknit to FORGEDMESH was going to be a letdown. With the interviews we conducted aside from Enzo’s experience, they were pretty good. The Vol.3 also shifts from bootie to a more traditional tongue and upper. The elastic band at the forefoot helps provide stability and lockdown. Players like Chris Tiu and Kevin Ferrer can attest to the fit. They both have wide feet and they were easier to wear versus previous models of the Harden line. The shoe may be cut lower than the Vol.1 and 2, but the fit and lockdown address any questions here.

“I did feel my feet start to heat up a little bit during the trial runs, but overall I wouldn’t say it was anything too major to really be a knock on Harden’s latest signature. Obviously comparing it to knits would paint the Harden Vol. 3 in a bad light, but compared to other shoes of the similar build, I’d say the new Hardens are just as breathable as any other non-knit shoe out in the market now.”

As mentioned earlier, adidas utilized FORGEDMESH construction for the upper. Although a lot of signatures would opt for a knit construction, the new upper helps in securing the foot in its movement. adidas wanted a shoe that can contain and elevate Harden’s game, this was a decision that would help achieve that. Unlike the Vol.2, the absence of the neoprene bootie helped in keeping the foot ‘free’ while secure with each move.

“This is the best part on the shoe and perhaps the most important aspect that makes it a winner in my books. Unlike Harden, I’m really more of a guy that does his thing on the defensive end. With my focus on guarding the other team’s best player, I need a shoe that allows me to focus on tracking my guy all over the court. I experienced zero-slippage which was amazing. I could confidently go after and contest all my guy’s shots. I was also wearing a pair that featured translucent rubber on the bottom which made me skeptical at first. But the traction design came through and delivered.”

This is where adidas wins with the Harden Vol.3  Improving and correcting ‘flaws’ found on the first two models, adidas and James Harden put a premium on traction for the Vol.3. The enhanced grip helps in sudden stops and quick changes of direction.

The adidas Harden Vol.3 is a solid performer and a worthy successor in the MVP’s signature line. The shoe is quite versatile but definitely represents the new age player that can play several positions. If you’re wary of the shoe being low cut, you might want to try out other pairs from this season, such as the Pro Bounce 2018 and Mad Bounce 2018. But UP big man Bright Akhuetie and Kobe Paras are enjoying the sneaker from the get go.

The adidas Harden Vol.3 ‘Voyager’ goes on sale today for Php 7,500. The other colorways such as the ‘Cosmos’ and ‘Mission 13‘ drop on Monday, October 15. Check out some of the images from our wear test last September. 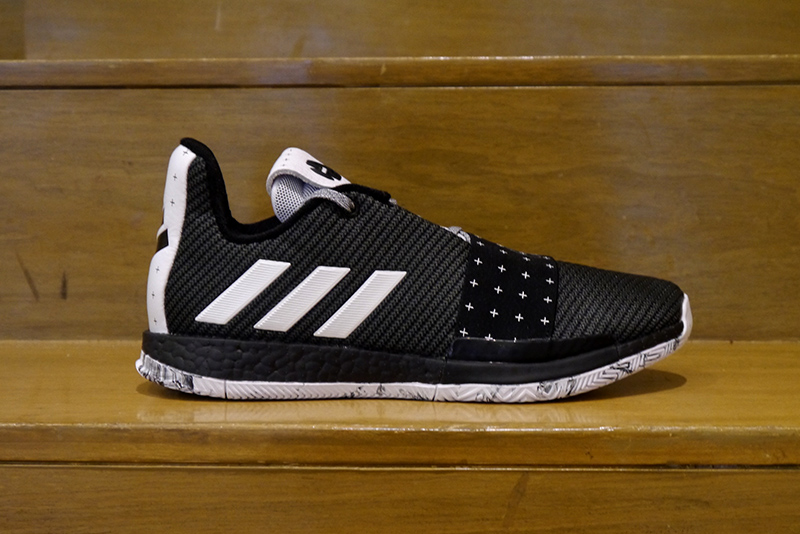 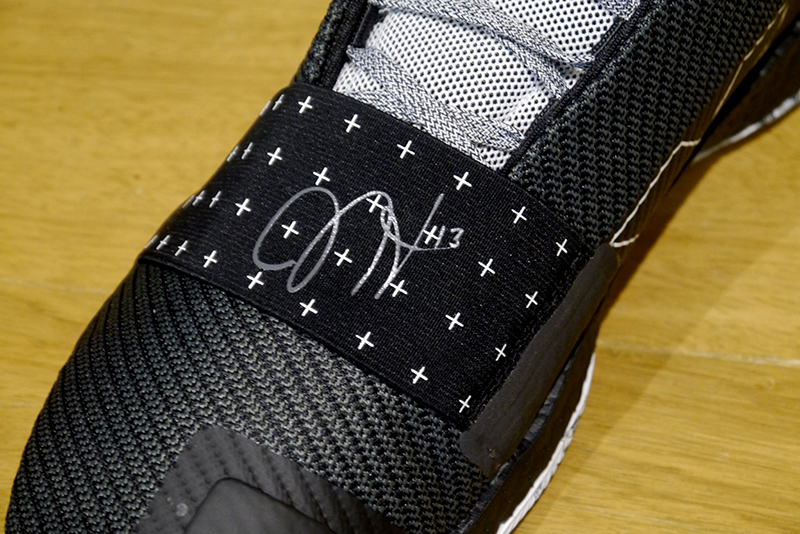 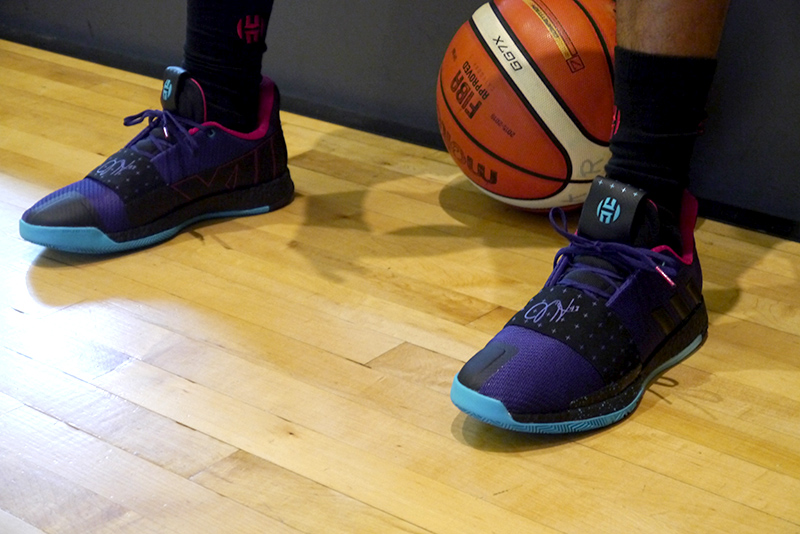 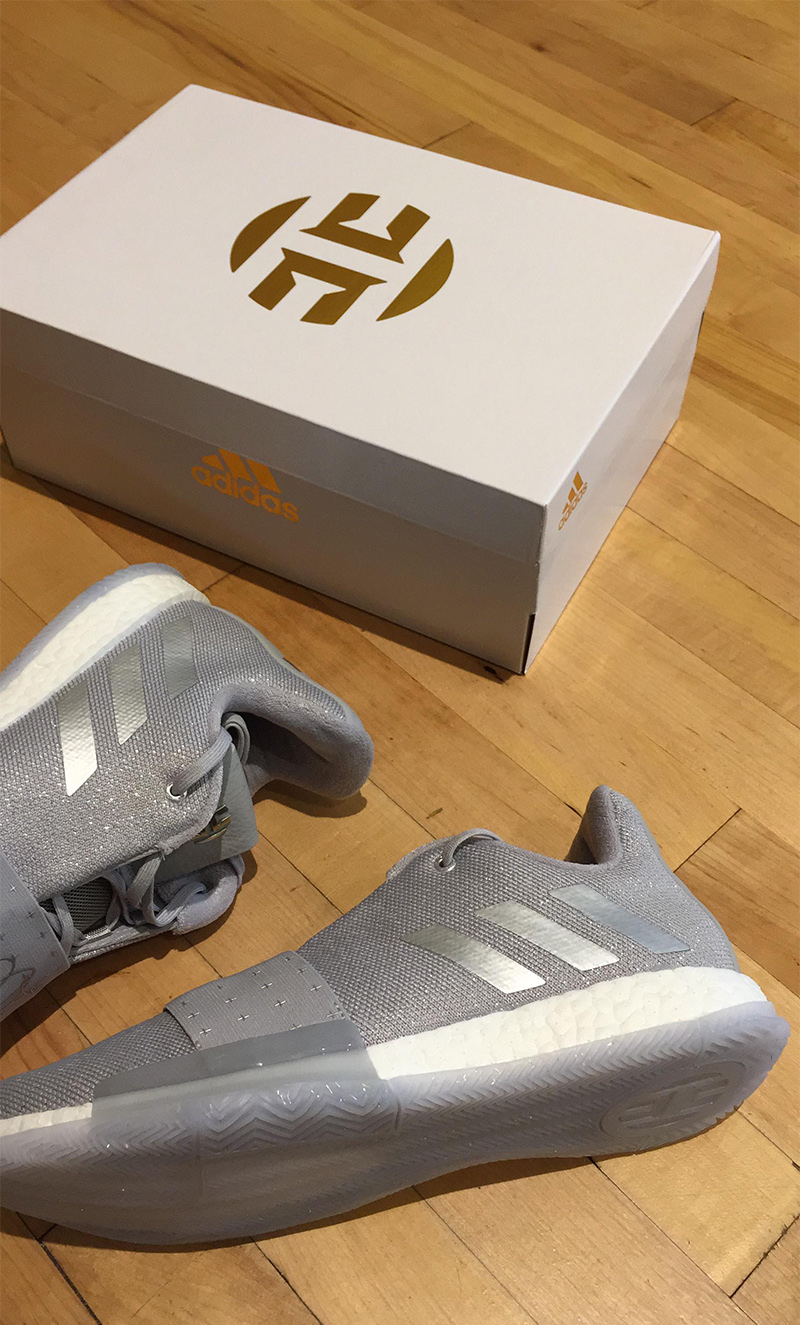 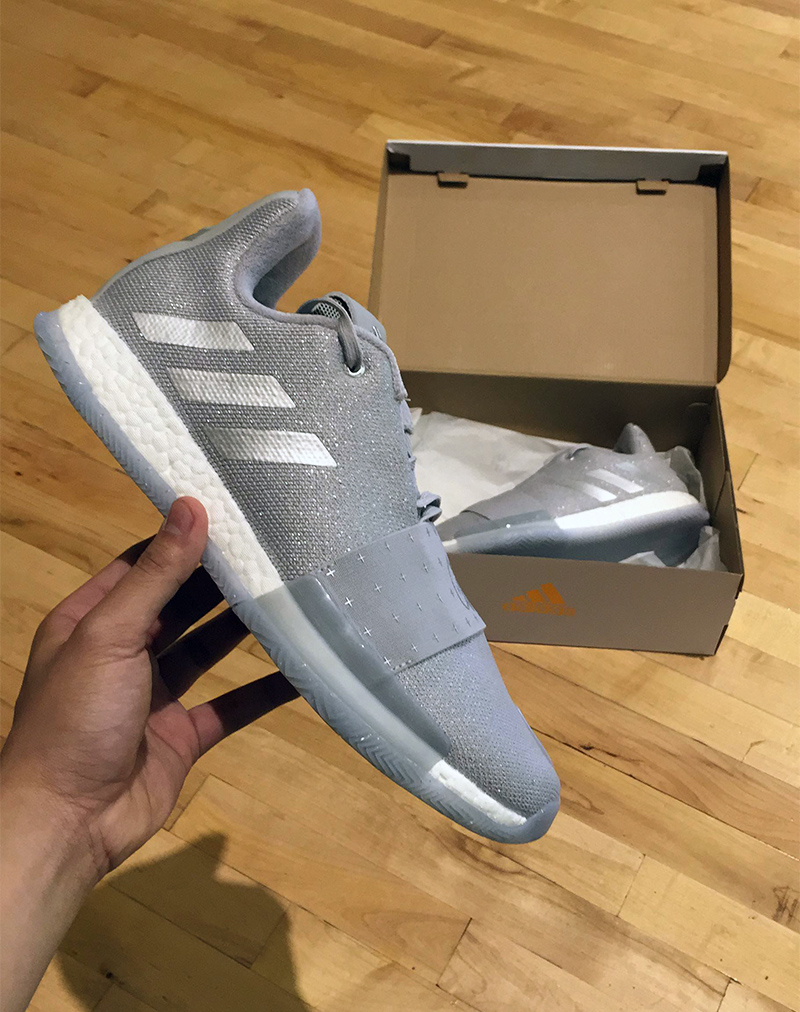 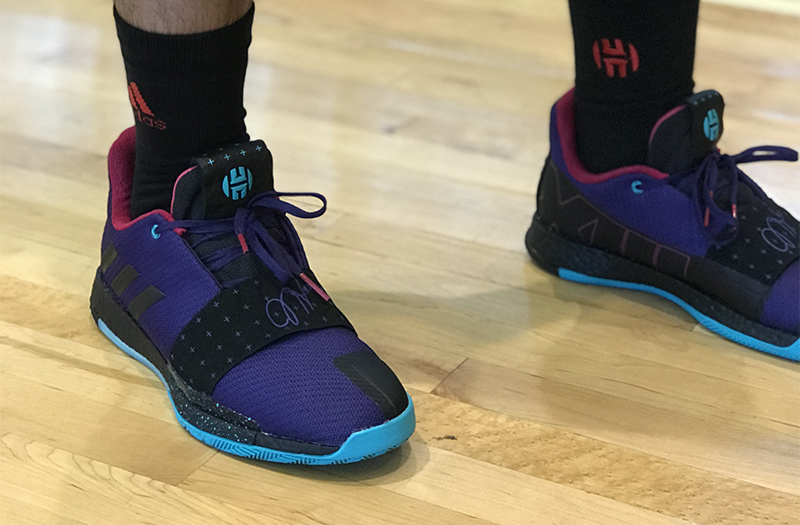 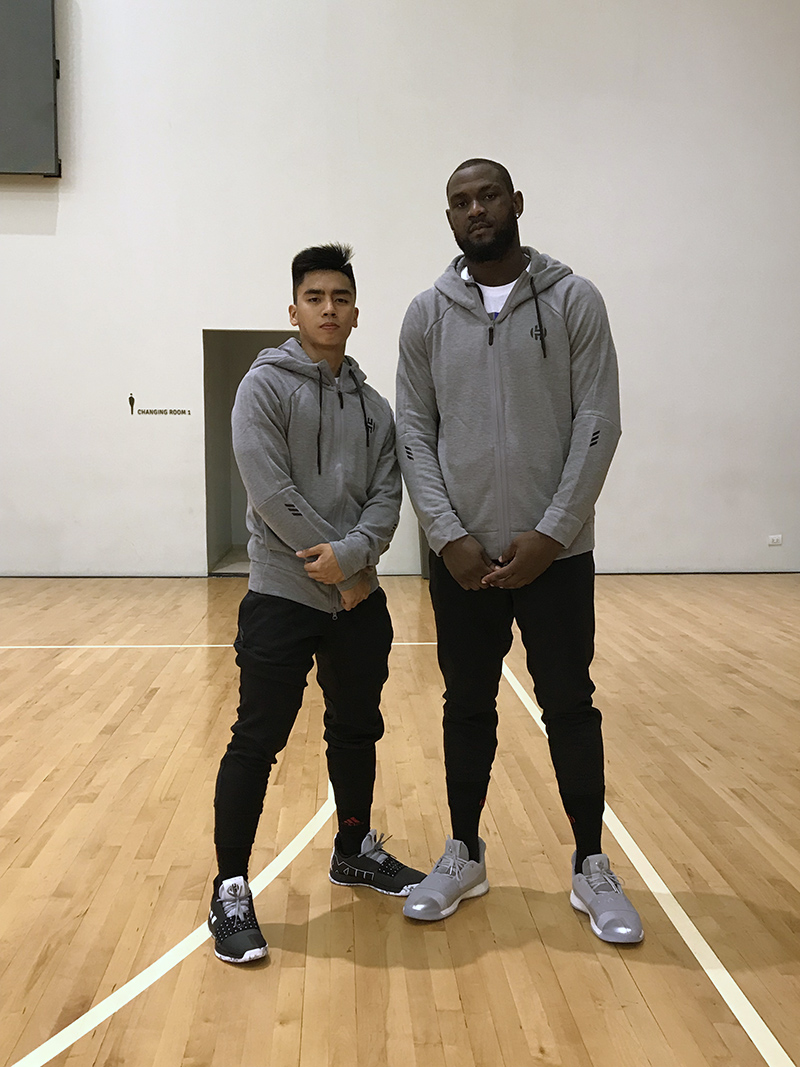